Tanning Equipment & Tanning Beds. There is no such thing as a safe or healthy tan. Exposure to ultraviolet A (UVA) and UVB radiation from tanning equipment can cause sunburn and eye damage, as well as increase the risk of skin cancer and other UV-related negative health effects.

DID YOU KNOW Melanoma Network of Canada was instrumental in the passing of Bill 30, Skin Cancer Prevention Act, banning salesof tanning services to youth under age 18 in Ontario.

What does the evidence say?

The World Health Organization has issued a recommendation against the use of tanning equipment—especially by people under the age of 18.62,63

Ever-use of indoor tanning devices increases the risk of cutaneous melanoma by 15% to 22%,64,65 with evidence that risk increases with greater frequency of use.66–68 The few studies that have examined ocular melanoma risk have shown from 30% to as much as three times the risk compared with non-users for the highest exposure categories.23 There is also some indication of a positive dose-response relationship.23

The use of UV-emitting indoor tanning devices during adolescence and young adulthood may be associated with a particularly high risk of cutaneous and ocular melanoma.23,64,69,70

In 2009, WHO’s International Agency for Research on Cancer (IARC) classified exposure to UV-emitting tanning devices as carcinogenic to humans. More than 40 national and provincial authorities around the world have now implemented outright bans or restrictions on the use of sunbeds. However, much more work is still needed to restrict their use. 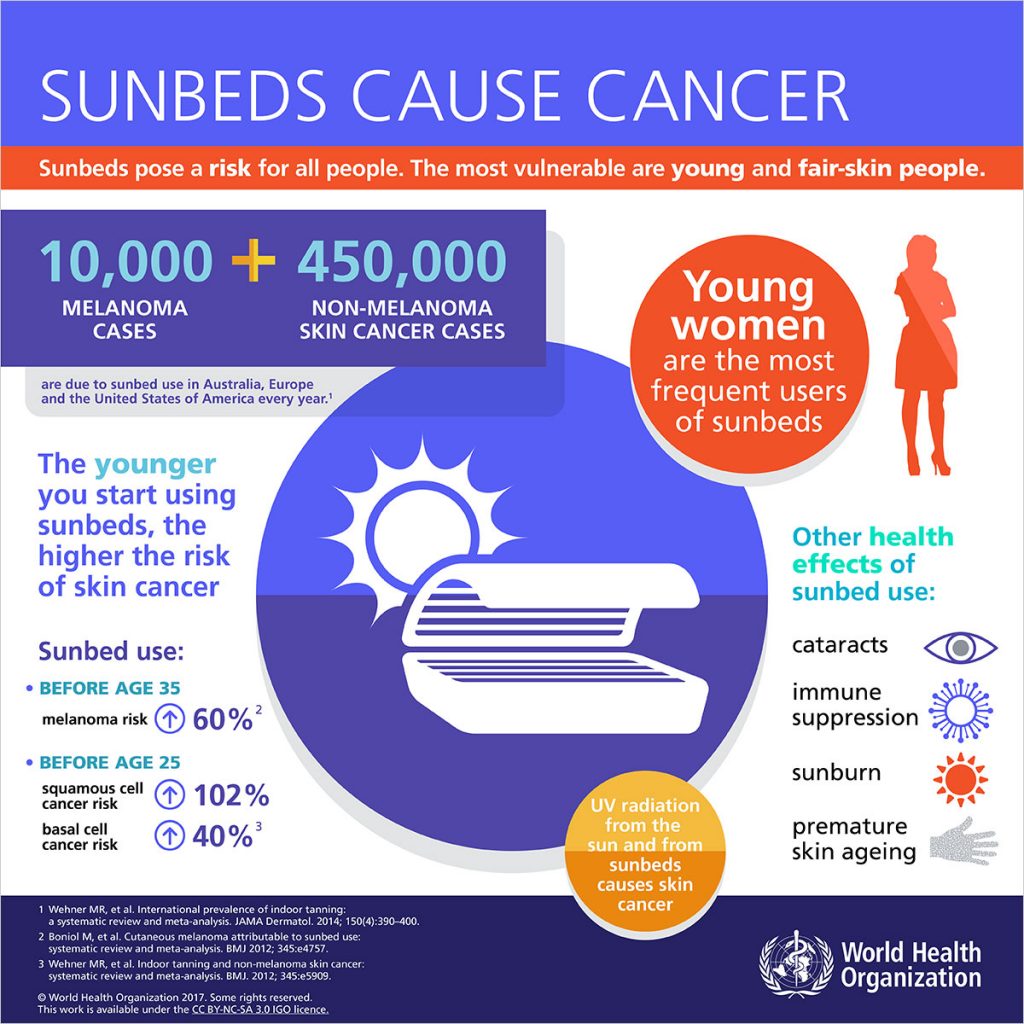 Are you at risk for skin cancer?