SURGICAL TESTS PRIOR TO FINAL STAGING

Patients who have very thin early stage ‘in-situ’ melanoma diagnosed will likely not require any further surgery depending on the the amount of tissue around the mole that was removed in the initial biopsy. For others with thicker melanomas, even though it appears that the lesion has been removed, it is important to undergo a second wide local excision (WLE) to remove additional tissue to ensure that there is little chance of microscopic disease remaining in the surrounding tissue. The amount of tissue removed is guided by surgical standards that take into account factors such as the depth of the
lesion, location on the body, ulceration, mitotic rate etc.

This second procedure may take place in office under local anesthesia. If it appears that a wide local excision will result in a large skin defect, a plastic surgeon may be consulted in order to patch an area of skin using a skin graft, normally from the thigh, to close the defect in the operating room. 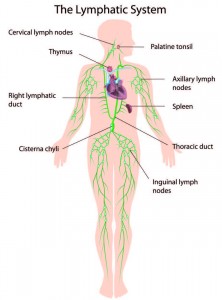 Biopsies of areas other than the skin may be needed in some cases. The sentinel lymph node is the first lymph node or nodes to which cancer is likely to spread from a primary tumour. A sentinel lymph node biopsy is performed to confirm there are no signs of spread. A radioactive tracer dye is injected and followed to the sentinel lymph node, which is generally located in one of the major lymph node basins in either the cervical (neck), axillary (armpit), or inguinal (groin) basin. Surgery is then  conducted under general anesthetic to remove the sentinel node and generally one or two other nodes around the sentinel node. The lymph nodes are then sent to the pathologist for review. A sentinel lymph node biopsy is done when there is no evidence (through physical exam or by CT or other diagnostic imaging) of distant metastases, but in cases where there is a higher chance that the melanoma may have spread. Possible side effects of the biopsy include numbness, pain, bruising and lymph fluid build up at the surgical site. Most side effects are temporary and the risk of developing lymphedema for this type of biopsy is rare.

Patients with palpable lymph nodes or suspicious lymph nodes may undergo a fine needle aspiration of the lymph node to detect the presence of cancer cells. This type of biopsy is not as invasive as some other types of biopsies, but it may not always collect enough of a sample to tell if a suspicious area contains melanoma.

For a FNA biopsy, the doctor uses a thin, hollow needle and syringe to remove a small sample of tissue of a lymph node or a tumour. The needle is smaller than the needle used for a blood test. A local anesthetic is sometimes used to numb the area first. This test rarely causes much discomfort and does not leave a scar.

An excisional lymph node biopsy is often done if a lymph node’s size suggests the melanoma has spread to the lymph node but an FNA biopsy of the node wasn’t done or didn’t find any melanoma cells.

An incision is made in the skin above the area of the affected lymph nodes. The lymph nodes, nearby lymphatic tissue and some underlying soft tissue are then removed and evaluated (dissected). Patients will require a drain that will stay in place for several weeks to help eliminate the buildup of fluid from the surgery. Complications of the procedure may include lymphedema (swelling of a limb affected by removal of lymph nodes), along with numbness, tingling, or pain in area of surgery. Lymphedema could be a permanent side effect in up to 35% of patients. Lymph nodes in the groin or under the
arm normally help drain fluid from the limbs. If they are removed, fluid may build up. This can cause limb swelling, which may or may not go away. If severe enough, it can cause skin problems and an increased risk of infections in the limb. Bandaging, professional lymphatic drainage massage and compression garments can help some people with this condition. For more information, see our booklet on ‘Managing Lymphedema for the Melanoma Patient’.

QUESTIONS TO ASK YOUR DOCTOR

You may wish to ask your doctor these questions about surgery: 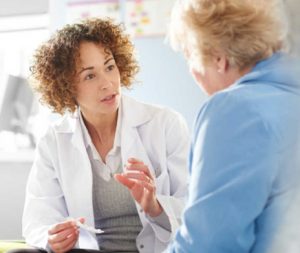 • What surgery do you recommend for me? Why?
• What is involved in the surgery?
• Do I need to stay in the hospital?
• Will I have pain after the surgery? How will you manage my pain?
• Am I likely to need antibiotics to prevent infection?
• What problems do I need to watch for after surgery?
• Will there be a scar?
• Are there any long-term side effects?
• Will I need home care assistance, and if so, how is that coordinated?
• Who will I call if I run into issues following the surgery?

Pain medications are provided after all types of surgeries. Since the pain medications commonly cause constipation, medications for constipation are commonly provided as well. The common side effects of surgery are bleeding and infection. Infection can either be treated with antibiotics or opening of the wound to allow drainage of pus and bacteria. Lymph node surgeries sometimes have wound healing problems and can commonly cause an accumulation of lymph fluid, called lymphedema. Lymphedema can occur soon after the surgery or much later. The long-term effects of lymphedema can be transient or permanent. Talk to your treatment team if you are having bothersome side effects after surgery, or in certain cases, to effectively manage or reduce issues of lymphedema.

Please also refer to our booklet ‘Managing Lymphedema for the Melanoma Patient’ which is available in hard copy or downloadable from our website for more detailed information on management and treatment of lymphedema.

Lymphedema for the Melanoma Patient

Information about secondary lymphedema and its management for the melanoma patient with newly diagnosed lymphedema.