I WASN’T SUPPOSED TO GET CANCER
MELANOMA HERO MATT LUI

I wasn’t supposed to get cancer.

Statistically, the odds were completely in my favor.  Asians are one of the least likely ethnicity to get melanoma, with skin cancer making up only 4% of all cancers in Asians. As well, only 5% of melanoma patients progress to Stage 3 without any evidence of Stage 1 or 2 but in August of 2017, I was diagnosed with Stage 3 Melanoma.

How did I find it?  Last summer, I came out of the shower and found a weird lump on my upper thigh.  I checked my other thigh to see if there was something there as well. (Nope, no lump.)  I figured I had some time the next day to stop by my doctor to get it checked out, so I did.   My doctor looked at it and told me it was a swollen lymph node.  She was pretty sure it was nothing but sent me for a biopsy anyways.  I got the results a week later and I was shocked when she later told me the news: I had melanoma.

From the doctor, I was referred to the Kaye Edmonton Clinic.   They describe the clinic as a one stop shop for all your treatment needs, and they were not kidding.  In a span of an afternoon, I met with a team of specialists which consisted of a dermatologist, oncologist and surgeon.  The dermatologist checked me out first and spoke with me.  He told me that short of a colonoscopy, he could not find any evidence of a stage 1 or stage 2 mole or tumor; they had no idea where this cancer started.

Unfortunately, since the melanoma had already reached my lymph nodes, I was at least in Stage 3 but until a full CT scan is done, we can’t know if the cancer could have progressed further.  While trying to stay calm after a bomb like that the next people I spoke with was the oncologist and the surgeon.  After an overload of information with a lot of medical terms I have grown to become very familiar with, a few options were presented to me. The best course of action was to get a CT scan and confirm what stage I was in.  If the melanoma had not spread beyond my groin lymph nodes, the surgeon would go in and remove all the lymph nodes in my left leg.  If the melanoma had metastasized and spread to more lymph nodes and my organs, we would have to sit down and have a different talk about other treatments.

In the words of Tom Petty, “The waiting is the hardest part.”  The next few weeks of waiting to go in for a CT scan and waiting for the results was the worst.  After a roller coaster of emotions for a few weeks, we finally saw the oncologist who presented us with some good news.  The melanoma had not metastasized and was still isolated in my lymph nodes.  A surgery date was set and I was ready to get my lymph nodes removed.

After a 2 hour surgical procedure, I had all my left groin lymph nodes removed with 1 lymph node showing positive for melanoma.  That one lymph node though had grown quite significantly.  A normal lymph node is about the size of a pinto bean, when I first discovered this lump it was about the size of a grape, and at the time of surgery (3 months later), this melanoma had grown to the size of a lemon.  After taking a couple of months to heal up, a follow up CT scan showed that there was no evidence of disease and I was considered cancer free.

My oncologist spoke with me after my surgery: melanoma has a high risk of returning, and my 10 year survival rate was given as 50/50.  My future could literally be determined by the flip of a coin.  There is something that I could do to increase my odds, though.  He could put me in a clinical trial for immunotherapy for the next year.  I did not know what immunotherapy was so he described it as “releasing the brakes” on your immune system to help it fight off any stray cancer cells.  Of course the downside would be that my immune system might also fight off all the good stuff in my body. Since the drug is still in the clinical trial stage, not all the side effects are known and everyone reacts differently. The list of symptoms I could get from this treatment were so long that he said I could choose any part of my body and add the suffix “-itis” to it, and that is a complication I could get.  If my only other option were to sit around and wait to see what happens, I would for sure join the clinical trial.

There is always one moment I look back on in this whole story. I attribute everything good that happened afterwards to it.  That was the moment I decided to go to the doctor to get that lump checked out.  I have replayed that moment so many times in my head.  There are so many people who would have found the lump and let it go. They would say “I don’t have time to go to the doctor.  I’ll get it checked out another day” or “I have plenty of other things that need to be done.  This is not important.”  There is a quote that is associated with Ben Franklin that says “An ounce of prevention is worth a pound of cure.”  How different would my story be if I had let it go for a few weeks?  A few months?

So here I am today, 3 CT scans in showing me clear of cancer, on immunotherapy and having a new outlook on life.  Being on cancer watch, though, for the next 10 years and probably the rest of my life puts a strain on your mental health, waiting in anticipation between each CT scan for the next 5 years, to see if the melanoma has returned or not.  Double checking every bump, ache and sore, fearing that it could be the melanoma coming back.  A positive feeling though is since having started immunotherapy back in November, I have not had any major side effects but had a few manageable issues.  Most of what I get my oncologist calls an immunotherapy “hangover”: I usually get a headache, some nausea and fatigue for a few days after. I have a bit of vitiligo and I also developed dry mouth.  I would literally choke to death on a saltine these days.  It is a bumpy road to get back to regular life without the thoughts of what could potentially happen in the coming months or even years.  If there was only something that could help bring me back to a normal life.

This was the message that greeted me back in February when I logged into my email.

Let me give you a little back story.

I ran the NYC Marathon back in 2013. The experience was amazing and something I would never forget, but the lead up was a little anti-climactic.  After training to compete in 2012, the NYC marathon was canceled at the last-minute due to Hurricane Sandy.  My entry was then deferred to 2013.  That year I ended up spending a lot of time at work as well as welcomed the birth of our first child which hindered my training.  I ended up completing the race but the journey was not as exciting as I hoped it would be. Every year since then, I have put my name into the lottery draw to see if I could claim a spot in the marathon the following year.  Lo and behold, 5 years later, my name got picked.

Maybe it was meant to be that I was drawn to run the marathon this year.  Maybe this is the universe’s way of letting me build myself back to where I was before or even better, physically and mentally. Coincidently, the marathon takes place around the same time I will finish my immunotherapy regiment.  A trip to New York might be the best way to celebrate the end of a chapter in my cancer story.

In our attempt to turn bad into good, my wife Monique volunteered to coordinate the Edmonton chapter of Strides for Melanoma to try to raise funds to support research and raise awareness for prevention of this devastating disease. When the immunotherapy clinical trial was offered as a treatment for me, I was told by my oncologist that in the last 10 years, melanoma had made huge strides in research and that if I showed up even just 5 years ago with the same diagnoses, the immunotherapy would not have be an option and we would have been having a very different conversation. Know that your support does make a difference.

As I continue to prepare for the NYC marathon and continue on my cancer journey, there has also been a lot of people that I have met who are going through their own cancer journey or have been affected by it.  Everyone has touched my heart and humbled me with their own strength, determination and hope.  Through the stories, experience and support, I found my own courage and I could never thank everyone enough for showing me what I am capable of.

I will outrun cancer with you. 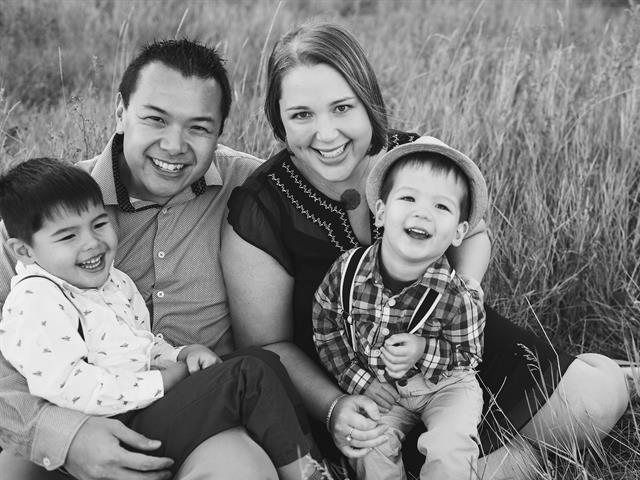 Find a location near you. 20 locations across Canada. Make a donation or join today