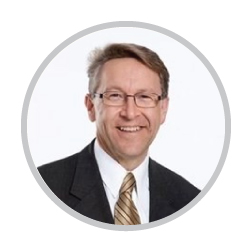 Past Board Member
Sean Jackson

Sean Jackson was President and Chief Executive Officer of Meridian Credit Union, Ontario’s largest credit union with over 223,000 Members, $6.2 billion in assets and a network of 45 branches and 8 commercial business centers.

A lawyer by profession, Sean was a leader in Canada’s national credit union system. He was on the Boards of Credit Union Central of Canada, Central 1 (Ontario and British Columbia).  In the past Sean served on the Deposit Insurance Corporation of Ontario’s Stabilization Advisory Committee. Sean had a keen interest in governance and was a member of the CUMIS (insurance company) Governance Review Task Force. Sean also served on the Board Executive Committee of Cooperators Data Services Ltd. which directed the sale of this technology firm to CGI.

Actively involved in his community Sean was honoured to receive the Gary Gillam Award for Social Responsibility. He served on the Council of Champions for Big Brothers Big Sisters of Canada and was the Business Co-Chair of the Niagara Immigrant Employment Council.  He was a founding Director of the Niagara Community Foundation and an Advisory Council member for YMCA and Brock University’s Faculty of Business. He previously served as Past Board Chair of Hotel Dieu Shaver Hospital in St. Catharines, was Co-Chair of a local Business Promotion Task Force and Vice-Chair of the United Way Campaign.

A member of the Canadian Bar Association, Sean earned his law degree at the University of Toronto. He graduated as “Outstanding MBA Student” from Niagara University, New York, and received a Gold Medal with his BA (Honours) from McGill University.

Sean Jackson sadly passed in 2015 of metastatic malignant melanoma, with which he’d been diagnosed in 2007.