When a clinical trial is your last resort….

“It’s melanoma,” my husband, Gordon Cornwall, said. My heart sank. In December 2011, he had noticed “a pimple-like thing” on his left arm. At first, he thought nothing of it. But when it didn’t go away, our family doctor sent Gordon to a dermatologist who diagnosed a squamous cell skin cancer. She booked surgery for the middle of February 2012.

So here we were two weeks later, staring at pathology results. Not only did Gordon have melanoma, the most dangerous kind of skin cancer, but he also had a particularly nasty version of melanoma: “a nodular type.” Often misdiagnosed, these melanomas account for just 15% of cases, but 40% of deaths from melanoma. “You got the worst of the worst!” I complained.

Gordon had more surgery to take out a wider margin of tissue from the site of the tumour. Despite this, the cancer spread rapidly. Two more lumps appeared on his arm and a third in his lymph nodes.  He had surgery to remove the lumps and some of his lymph nodes, as well as radiation.

Dr. Sasha Smiljanic, Gordon’s oncologist, thought a new immunotherapy, ipilimumab, might prevent a recurrence.  Health Canada had approved the drug in February 2012, but our BC Cancer Agency had not yet decided to fund it. Luckily, Dr. Smiljanic knew how to get the drug from its maker, Bristol Myers Squibb, through a compassionate care program.  Starting in September 2012, Gordon had four infusions at Lions Gate Hospital in North Vancouver.

All was quiet for several months.  And then in May 2013 came devastating news.  A PET scan revealed half a dozen tumours in Gordon’s torso and abdomen. Dr. Smiljanic recommended an even newer immunotherapy called an anti-PD1, only available in clinical trials. He referred Gordon to Dr. Michael Smiley in Edmonton, who was investigating the therapy. Unfortunately, Gordon did not qualify for any of his studies.

I began searching on clinicaltrials.gov, an American website that lists experiments from all over the world. I couldn’t find any Canadian clinics still recruiting patients for anti-PD1 trials, but the United States had several. I called a number of them but for different reasons, Gordon wasn’t a good fit. Then I spoke to Dr. Hamid Omid at the Angeles Clinic in Santa Monica who said Gordon could probably enroll in an anti-PD1 trial that he was running—of a Merck drug called MK 3475.  I could hardly believe what I was hearing. We might actually get somewhere!

Gordon flew to California on June 10 for further tests to make sure he met all the criteria for participation in the study. The next day, he called me, “Are you sitting down?” He asked. I caught my breath. “The MRI I had this morning found a brain tumour,” he reported. I knew that disqualified him for the trial. “Oh no!” I said.

Dr. Hamid recommended Gordon get the tumour surgically removed, have radiation, and after that, return for another drug trial to kill the remaining tumours. But what were the chances of this working, we wondered. Perhaps it was time to give up chasing cures and aim to make whatever time Gordon had left as good as possible.

However, when Dr. Smiljanic heard about the developments, he urged Gordon to press on. He arranged for Gordon to see a neurosurgeon, who removed the brain tumour in short order—on June 19, just a week after Dr. Hamid discovered it.  A month later, Gordon had radiation and we began the search for that elusive drug trial.

Dr. Hamid’s MK 3475 study was no longer accepting new patients. It was a particularly attractive trial since all participants got the investigational drug; there was no control group. Could I find another clinic offering the same study? I started working the phone. After many calls, I was thrilled to discover that the START clinic in San Antonio, Texas, was running the study we wanted. It had just two slots left—and a deadline. The drug company, Merck, wanted the last patients enrolled by August 8.

We scrambled to get Gordon in and even though we missed the deadline, Merck let him participate. On August 12, Gordon flew to Texas for his first infusion. Three days after he came home, he noticed one tumour on his right shoulder had started to soften and shrink. He kept quiet about it because he figured I would assume he was crazy. But by the fifth day, he couldn’t keep the news to himself any longer. When he told me, I did think he was crazy! I had no idea an immunotherapy could work so quickly. The tumour on Gordon’s shoulder melted away before our very eyes. He had four more infusions. In early December, a PET plus CT scan confirmed that all Gordon’s tumours were gone.  I told everyone that Christmas came early that year.

Gordon’s scans continue to be clear and we are cautiously optimistic about the future. Though Gordon’s story shows the benefits of being able to participate in a clinical trial, our provincial insurance, BC MSP, did not help us with the costs. We had to pay for travel, accommodation, as well as some for some scans and medical tests in San Antonio. Merck provided the drug, so we didn’t have to pay for that! Gordon visited Texas once for a pre-treatment check-up, 5 times for treatments, and 5 times for follow-ups. The total cost to us was about $15,000.

MK3475, now called pembrolizumab or Keytruda, has been approved in Canada. More information on this story can be found in my book, Battling Melanoma: one couple’s struggle from diagnosis to cure, published by Rowman & Littlefield. 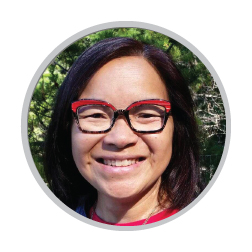 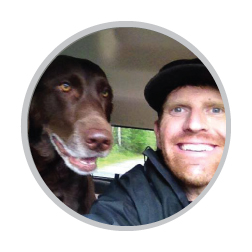 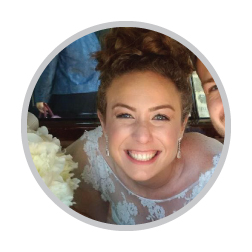