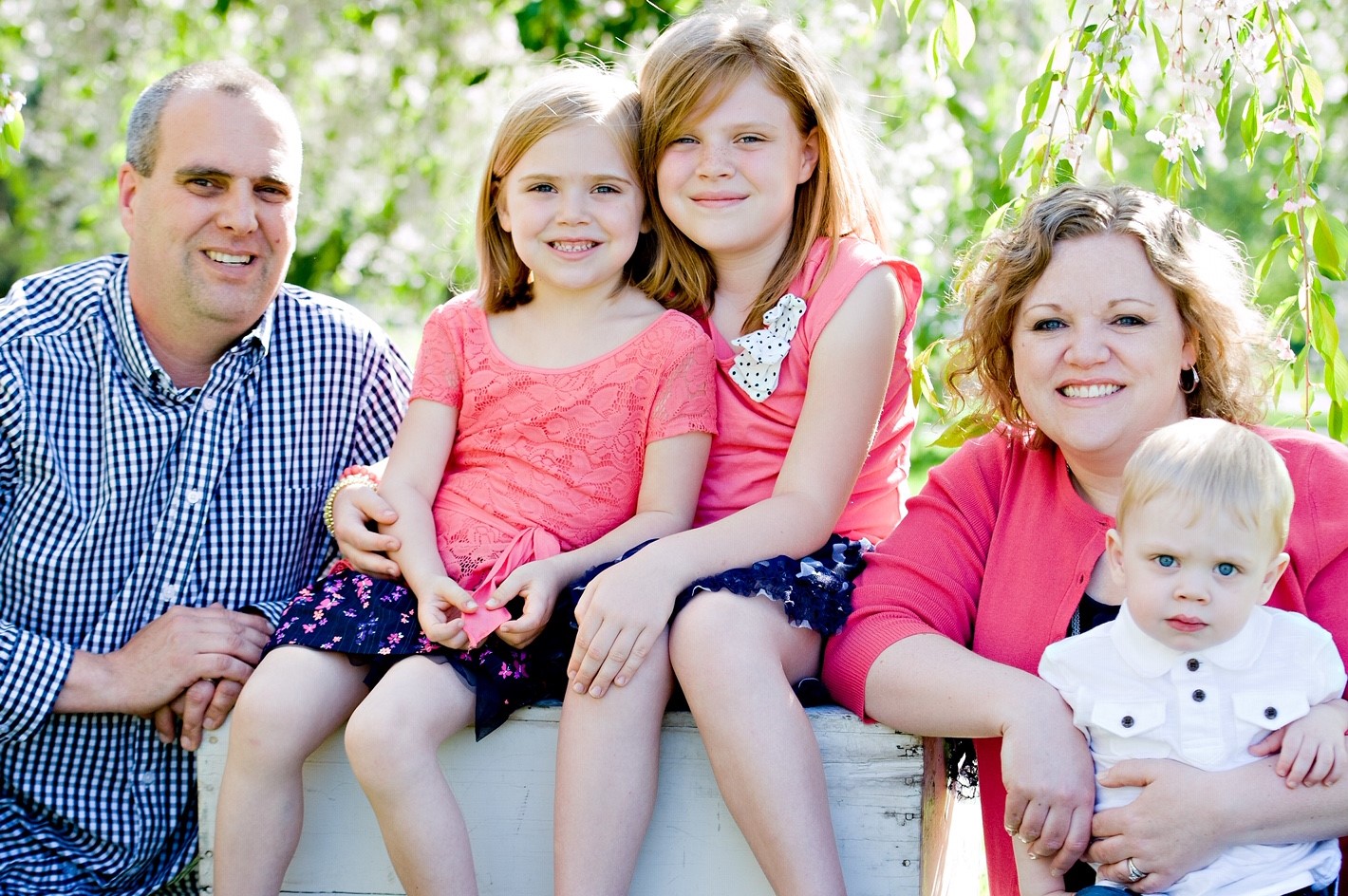 In September 2011, I was 36 years old and 32 weeks pregnant with baby number three when I was diagnosed with melanoma. There is never a good time to be diagnosed with cancer, but facing my own mortality and getting ready to welcome a new life brought my world crashing down. My daughters were just 4 and 6 years old.

I noticed a mole on my back had grown and was getting itchy. When I first saw the dermatologist, she took a wait and see approach for a month. The second time I saw her,she wanted it removed. It didn’t have the characteristics of a “typical melanoma” it was red and raised and looked like a wart inside a very light freckle or mole. The pathology report described it as a “cauliflower lesion”.

I was quite naive about melanoma, when she called me with the pathology report, I said “well it’s good that it’s gone”. I thought it was as simple as cut it off and move on. I definitely had risk factors. I was born in Scotland and raised in Canada since the age of three. I had strawberry blonde hair, blue eyes and lots of freckles. I grew up with a pool in my backyard,summer jobs working outdoors at camps and beach holidays with my family. I burned every summer. I remember one sunburn on my legs was so bad, it blistered and wept all the way back from New Jersey. In 2003 when I got married, I used tanning beds less than ten times because I didn’t want to look too pale in my dress. I now know that using a tanning bed(even just once) before the age of before age 35 can increase your chance of melanoma by 75%.

My healthcare providers decided it was safer to wait until after the baby was born for any further surgery. They also wanted the baby out as soon as possible so the other procedures could be done. Melanoma is one of very few cancers that can actually cross the placenta and be passed to the baby. As soon as I was 37 weeks, I was induced and he was born.The placenta was sent to be examined, he had blood work and a chest x-ray done. We were so grateful when we found out the placenta pathology was clear. When he was five week sold I had a wide local excision and sentinel node biopsy done. Waiting for those results was hard because the surgery was done so close to the holidays, I didn’t get the results until early January. There was melanoma in two of the seven lymph nodes, putting me at a Stage 3B. I was scheduled for an axillary node dissection the following week and 19 more nodes were removed. Recovery was difficult because I wasn’t able to properly lift and hold and nurse the baby without the drainage tube being in the way. I was referred to an oncologist to explore treatment options.

So much has changed with the new targeted therapies and combinations. But in 2012, my only option was a year long course of Interferon (Intron-A). I started the high dose Interferon delivered through IV, at the London Regional Cancer Program the day my son turned four months old. My self-employed husband was looking after the kids and since we only had one car, I relied on volunteer drivers to take me to and from my appointments. They were wonderful and kind and patient, sometimes waiting 6 hours between the start and end of my treatment. The side effects were exactly as described to me: high fever, chills and shakes, headache, hair loss, nausea, muscle aches and fatigue. One night my fever was almost 105 and my lips were blue, my husband quickly took me back to the hospital. The four weeks of high dose Interferon were tough. What I didn’t know was that the 48 weeks of three times a week injections were going to be hard too. The depression and fatigue and nausea were what I struggled with the most. I wanted to be taking my kids on play dates and to the park rather than sleeping my days away. At the end of the 48 weeks, I felt like I was crawling to the finish line. Cancer is definitely a marathon, not a sprint.

In the years since, I have had 11 more biopsies and scares with lung nodules and liver lesions showing up on CT scans. The lung nodules were thought to be left over from a cold and liver legion turned out to be a hemangioma. I was discharged from the Cancer Program in 2017 and now see a dermatologist every six months for monitoring. I still struggle with worried thoughts around recurrence and fear of the unknown.

I would encourage every pregnant woman to monitor their skin closely and if something has changed and “doesn’t feel right” to get it checked. Listen to yourself and trust your intuition. I try and live my life now with gratitude, creativity and compassion. I hope that I have been a good example for my children, because their childhood has not been easy. I am grateful to be married to the most selfless man who kept me going with humour and hugs on the hardest of days. The best advice given to me was by another participant at a patient support group I attended, she told me “Be inspired by your own story”, so that’s what I will continue to do.