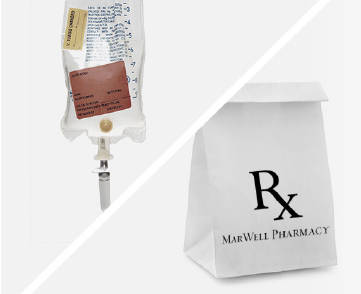 The call for a national, universal pharmacare plan has been getting louder in the last few years, but there is currently no consensus or national understanding on what shape a national pharmacare program should take.

Recently, the CanCertainty Coalition took part in a consultation hosted by the Advisory Council on the Implementation of National Pharmacare to discuss models and implementation.

We reinforced our position that early efforts to improve pharmacare across Canada should focus on cancer drugs.

In 2016, CanCertainty conducted a survey of 1,155 Canadians that revealed that not only do the majority of Canadians believe health care is the most important government spending priority, but that within health care, cancer care is the highest priority. Cancer was also identified most often as the disease that presents the greatest risk to a person’s financial future.

The western provinces, the northern territories, and Quebec have all developed mechanism–offer universal access to take-home cancer treatments regardless of one’s age. However, Ontario and Atlantic Canada lag behind with respect to universal access to these treatments. We believe national pharmacare should prioritize these very serious cancer drug access problems for patients in Ontario and Atlantic Canada. Doing so would address the number one priority identified by Canadians and bring all provinces in closer alignment in the delivery of drug programs.

The CanCertainty Coalition also weighed in on the issue of leaving private drug insurance plans in place, at least in the short term, and structuring pharmacare improvements to address the needs of Canadians with no (or
poor) drug coverage. This approach has been called the close the gaps approach and stands in contrast to a universal single public payer model where government would take over much of the costs of drugs currently covered through private insurance plans and out-of-pocket spending.

While the CanCertainty Coalition recognizes the merits of universal single public payer models, the costs associated with taking over the reimbursement of drugs currently paid for by private insurance are massive. A cautionary tale about moving too quickly to assume the costs of private insurance is OHIP+.

Earlier this year, the (previous) Liberal Ontario government implemented the OHIP+ program to extend provincial drug coverage to those age 24 and under. In doing so, it positioned Ontario as the first payer, meaning the government would assume the costs of all drugs on the Ontario drug formulary for this age group, even if individuals previously had
drug coverage under a private plan.

The cost estimates for this pharmacare expansion were $465 million, however external experts have estimated the costs to be much higher. Subsequently, the recently elected Progressive Conservative government announced a rollback of the OHIP+ policy, shifting the province’s role to that of second payer with the program now focusing on those who do
not have existing prescription drug insurance.

The CanCertainty Coalition believes that early improvements to pharmacare should focus on Canadians who have the greatest need – and that movements to shape pharmacare into a universal single payer system should be aspirational and tackled after the most urgent drug access issues of Canadians have been remedied.

The CanCertainty Coalition is the united voice of 35 Canadian patient groups, cancer health charities, and caregiver organizations from across the country, joined together with oncologists and cancer care professionals to significantly improve the affordability, accessibility and safety of take-home cancer treatments in Ontario and Atlantic Canada.