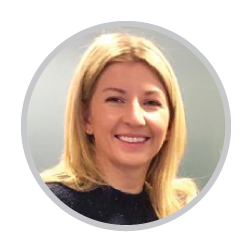 Jessica Huck began her career as a paediatric critical care nurse at the Hospital for Sick Children in 2008 and served in that capacity until 2014. In 2012, while holding a casual position in the PICU, she moved to the private sector with Baxter Corporation as a Therapy Specialist in Acute Renal Care. Jessica was responsible for the clinical education of physicians and nurses in therapy and best practices for acute dialysis products in intensive care units across Canada.

In 2015, shortly after becoming a mother to daughter Naomi, Jessica was diagnosed with malignant melanoma, stage 3a. Jessica sought support and guidance by attending support groups offered by the Melanoma Network of Canada. Soon after, she became involved with the network as a patient advocate and avid fundraiser.

In 2018 Jessica was declared “no evidence of disease”. She actively volunteers at Sunnybrook Odette Cancer Centre as part of the MNC patient outreach team helping other Melanoma patients come to grip with their diagnosis.