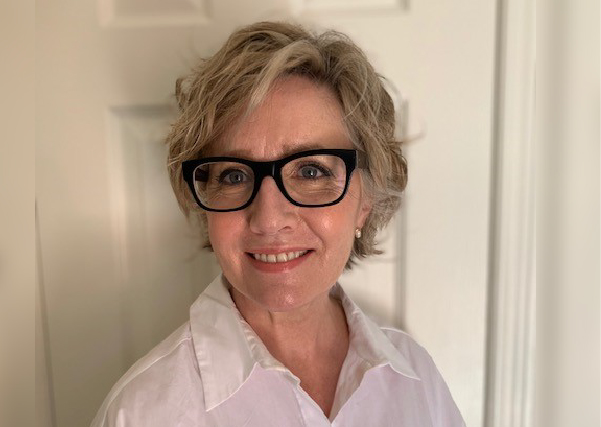 My Personal Journey with Malignant Melanoma

In early August of 2017 while attending a routine visit with my doctor, a General Practitioner (GP), I mentioned that the mole I’d had my right forearm for years was concerning me as it had changed.  I had the awareness to be mindful of any moles that looked suspicious and this one had altered; it was a bit larger, the overall shape was asymmetrical, and the skin around it was itchy.

My GP looked it over and didn’t seem concerned.  A few weeks later I was back in her office and again mentioned the mole. She still seemed a bit reticent, but said that she could refer me to a skin specialist if I like.  I said “yes, let’s do that.”

For background, I have very fair skin and my ancestors came from a place that didn’t see much sunshine. In my teen years, I was never one of those girls who sun bathed, I don’t tolerate the heat well and being out in the sun for extended periods is just too uncomfortable, so I don’t.  I never did feel comfortable in the heat, again probably because of that ancestry thing, but I love the warmth and positivity that comes with a sunny day.

I have been wearing sunscreen since my teens. I have done this because my skin burned or reddened easily, I rarely tanned and I had to be protected from the sun.  Awareness around skin cancer was just beginning to gain publicity.

In my early twenties, I was treated by a Toronto dermatologist for a severe form of acne.  Not only did he clear up my acne, he restored my skin to a smooth tone and texture.  I had a prescription strength topical solution to treat my acne and directions to stay out of the sun, only use mild soap on my face and treat its delicacy with serious regard.  I diligently followed the dermatologist’s directions, kept appointments and shared my gratitude.  He warned me to stay out of the sun and always wear a broad-spectrum sunscreen.  So, I followed his advice.  I slathered on sunscreen, protected my face and body.

In late August 2017, I visited the specialist’s office referred by my GP and he performed a punch biopsy. He removed cells from the mole and sent the tissue sample to a lab.  He said, if I didn’t hear from him in a couple of weeks, to call for the results; that was a Friday.  On the following Tuesday, he called me early in the morning to advise that the results of my biopsy showed I had stage 3 malignant melanoma. He referred me to the London Regional Cancer Centre in London, Ontario and mentioned I was to get an appointment as soon as possible.  So began my journey with skin cancer.

In September 2017 I met with an Oncology Surgeon at London Regional Cancer Centre. She explained that with type of cancer I had surgery would be needed as soon as possible, as well as a pre-surgery tracer to light up the lymph nodes in my right armpit. The surgical plan was to do a wide excision of the mole area and depending on the tracer results, remove any lymph nodes in the event the cancer had spread. She also explained that this type of cancer came with a 35% mortality rate, meaning that five years from now only 35% of the population with my type of cancer were still alive.  I was devastated.

Surgery took place in October 2017.  They removed a large amount of cell tissue including the mole and a large amount of tissue surrounding the site.  I now have a large scar on my right forearm. Two lymph nodes were removed.  My post-surgery appointment with my surgical oncologist took place on October 25, 2017.  She explained that surgery confirmed that two lymph nodes tested positive with deposits of scattered cells, meaning that the cancer was spreading and had metastasized.

Based on the surgery and results, I was officially classified as Stage 3B, with 2 positive nodes, Clarke level 4.

The next steps were to meet with the Medical Oncologist to determine a course of action.  He met with my husband and I and explained that in his experience, the only thing we could do was to prescribe regular follow-ups.  Every four months I was to have an ultrasound where the lymph nodes were removed to monitor for any activity. I was also to watch for swelling of any lymph nodes.  Additionally, I would have a physical exam with the Surgical Oncologist to exam existing moles and watch for new ones.  This would continue for the next five years. If the cancer doesn’t return within five years, my mortality rate would be the same as the general population and provided I stayed out of the sun and protected my skin, would stay that way.

Melanoma is one of the deadliest types of cancer. Most people think skin cancer is easily treatable and not life-threatening but the reality is that it is very serious and potentially deadly.

The leading cause of skin cancer is overexposure to ultraviolet rays (UV) radiation. Tanning beds are a source of UV radiation and should be considered illegal.  I never used a tanning bed.

Melanoma is one of the most common types of cancer for youth between the ages of 15-29 and adults aged 30-49. (source: https://www.melanomanetwork.ca/stats-and-facts/)

Advanced stages of melanoma can mean it has spread to internal organs and requires more invasive treatment including chemotherapy and possibly immunotherapy.  Not everyone qualifies for immunotherapy, however I took a BRAF test, and fortunately if needed, I would be a candidate.

The most helpful thing for me was my diligence about getting a biopsy.  That test and the resulting surgery saved my life. It means I am in remission from cancer. Needless to say, while I always was a proponent of being sun safe,  I continue to be safe and careful and it’s now my mission to spread more education and awareness.

My messages are: get educated, stay out of the sun, and if not avoidable wear a sunscreen with SPF 50 with UVA and UVB protection (ideally mineral based). Be your own health advocate, check your skin, Melanoma Network has a great reminder service you can sign up for. Have your doctor check your skin at routine check-ups, call your physician if you have any concerns, and watch those moles like your life depends on it.