When you think melanoma what typically comes to mind is cutaneous melanoma.  Not many people know that a very rare form occurs in the eye, called uveal melanoma.  It does not typically occur in a child with dark eyes/hair like me and skin that tans. The prognosis can be daunting. While my diagnosis was atypical, my response has been too. 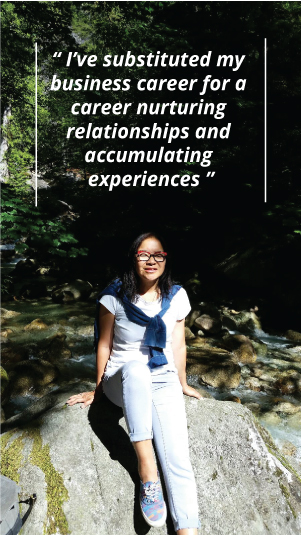 My left eye was removed over 40 years ago with the primary lesion.  At the time I was told that it was pre- or non-cancerous and much later learned that it had not spread to the epithelial cells. December 2012, after an adventure- filled life with family, friends and career, I was hospitalized at PMCC with severe abdominal pain from an inflammation in the lung.  Life was interrupted when I was told I had a lesion in my lung and 2 in my liver and it took an abrupt turn with a prognosis of 6 months to 2 years to live. Accepting reality is not accepting defeat, but existing treatment options were ineffective and surgery would not be considered due to active disease in multiple organs.  However, I was immediately enrolled in a clinical trial for a promising drug that could possibly slow growth for a period of time.

The rigors of the trial kept me tethered to the hospital for (at minimum) monthly check-ups/tests, bi-monthly scans, many associated appointments to address nuisance side-effects (skin, vision) and unexpected visits to deal with false alarms (to heart, brain, lung, vision, bladder).  Extreme fatigue didn’t slow me down in the moment but wiped me out for some time after the moment was over.  There was a constant level of anxiety waiting for scan results that would or would not confirm disease progression.

Expecting the unexpected was the norm and my expectations were exceeded with 18 months of stable disease.  We didn’t know if the trial drug and/or my own immune system suppressed growth or if I had extremely slow growing tumours.  Regardless of the reason, it resulted in the amazing opportunity for the medical team to reevaluate surgical treatment.  After consultations I was approved for surgical removal of the melanoma tumours.

My first liver resection in Sept 2014 removed my left lobe/lesion and 2 months later the second smaller lesion was scooped out.  I still marvel that the liver can effectively regenerate itself.  With my liver now (and still) clear the trickier lung surgery at end of March 2015 ended up being exploratory in nature only – due to the discovery (confirmed later by biopsy) that the pleural sac was infused with melanoma cells.

I recovered well from all the surgeries and continued on the trial drug until May 2016 when troubling side effects collided with disease progression.  In June, I finished a course of radiation treatment on my hip, where the bone and some muscle showed evidence of lesion growth after being stable for over 3 ½ years.  While I don’t yet know what the outcome of this treatment will be, I do know that there are treatments yet to be tried and discoveries yet to be made. There is still more atypical left in my response to this disease!

Here is my framework for successfully navigating the “new normal” and outliving my prognosis: 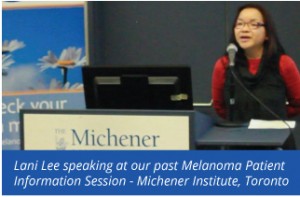 From time of diagnosis until today I have been so fortunate that any physical,
emotional or cognitive changes to who I am have been minor or short lived.  I’ve substituted my business career for a career nurturing relationships and accumulating experiences.  I plan to give back on a more formal basis – having started with a talk at a Melanoma Network meeting and continuing with this contribution in the newsletter.

In close, I focus on embracing the moment and I thank you for sharing a moment with me